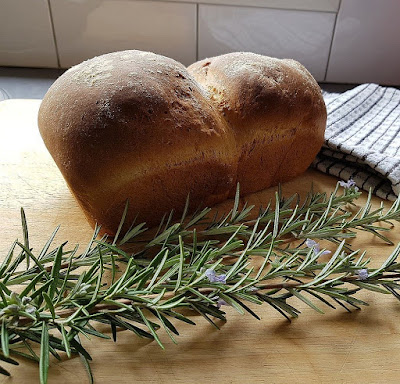 Once I had procured said items, I chose a simple white bread recipe I found online here. According to the instructions it was going to take 30 minutes of preparation. It didn't. It took me at least 3 hours. In saying that, I don't think the 30 minutes prep time factored in the ZOOM session with my Mum partway through or the rising in the hot water cupboard component of the bread-making process. 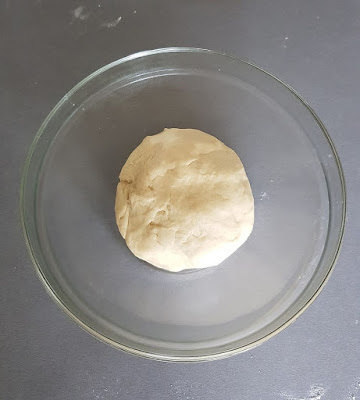 Which leads me to this, what do people do if they don't have a hot water cupboard and it's winter? Do they light a fire or turn a heater on for their bread processing? Maybe they turn the electric blanket on and tuck their bread between the sheets? I think I have now satisfactorily answered that question myself. You're welcome!

Anyway, back to the bread-making business. It must be mentioned that I had flour EVERYWHERE! I mean everywhere. Every surface in the kitchen, cupboard handles, the floor, the cats, me. Everywhere.

Bread making is fun, immensely satisfying and I would go as far to say, a bit exciting. I felt very wholesome and earthy in my pinny, kneading my bread and covering it in teatowels (clean not used) to let it do its thing in the hot water cupboard. Kneading, by the way, is a fabulous arm work out. It was very exciting to peel back the teatowels each time to see how much it had risen. Eventually, it found its way to the oven, which I swear had been on for 3 hours! 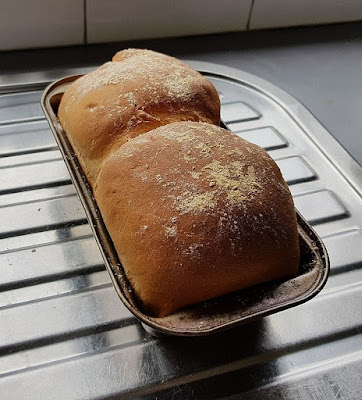 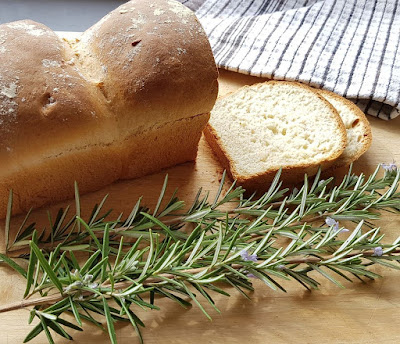 I would definitely use this recipe again for a basic white loaf. My only critique is that it might have been a tad yeasty in taste, but that could be me because I haven't eaten bread in over a year. Oh, and that my two dough balls were not even in size, so my loaf was a bit lopsided. I thought it would be like cake mix and spread evenly in the oven. Ah, no!

Next up will be a fancy, twisty loaf. Watch this space!

Thanks for reading,
Rachael xo