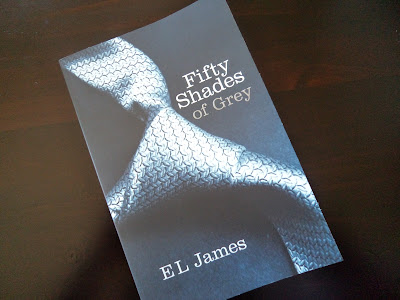 50 Shades of Grey is in a nutshell badly written! The characters with Mills and Boon type names, Anastasia  Steele and Christian Gray, are annoying at best and E L James doesn't seem to be able to keep consistency with the personality traits of Anastasia and Christian.

The actual plot is basically a Mills and Boon type plot, the female character against her better wishes falls for the stereotypical handsome, charming, moody and incredibly wealthy male character who is hell bent on having her no matter what! There is much too-ing and fro-ing, should she, shouldn't she, she can't resist him, he can't resist her, they can't keep away from each other etc etc She battles with her conscience, he battles with his emotions!

The sex is well, it's just sex, repetitive sex, predictable responses from the characters, the bondage is well, as you would expect or imagine and frankly quite tame! And no I am not speaking from experience (haha) but I have seen a few doco's on 60 Minutes etc and E L James doesn't manage to make it seem all that thrilling, forbidden, illicit or whatever!

However! Let's give E L James the credit due to her, Her trilogy are best sellers that have taken the world by storm (there must be a lot of  innocent sheltered women out there!), she has sold the movie rights and is making millions!

Because as poorly written as I think they are, E L James manages to create enough mystique around Christian that I want to know what happened in his past that makes him the flawed man he apparently is!

p.s. This book review is my opinion only, I respect that yours may differ!