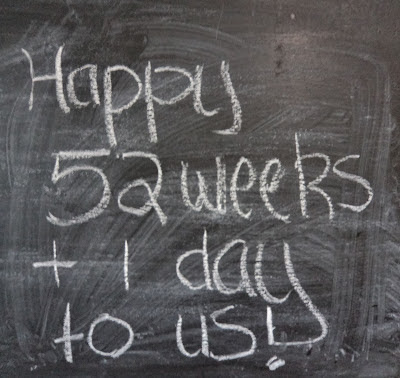 52 weeks ago I met my Cowboy!
I've had the best 52 weeks with the Cowboy. We haven't rushed things, we don't live together, but we have spent lots of fun time together,have gotten to know each other really well and have grown to care for each other very much.
The traditional gift for a one year anniversary gift is paper so I adapted an idea I found on Pinterest.
I bought my deck of playing cards off Trade Me, the Cowboy likes motor racing, so car cards it is.
I hand wrote the front cover and typed 52 numbered reasons why I love my Cowboy, gluing each reason to each of the cards in the deck.
I used tables in Microsoft Word as a template for my reasons, it took a bit of time fiddling around with the cell size in the table to get the right fit for my playing cards and a bit of time to cut and glue each one, but a nice way to spend a Saturday evening while watching a movie.
It wouldn't have taken so long if I hadn't glued half of the reasons to cards that were upside down - haha!
I wasn't able to go out and buy book rings because the Princess was really sick so I stuffed nicely packed the finished cards back into the packet they came in. 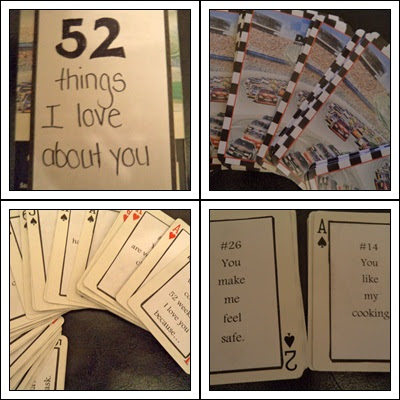 I wrapped the cards in bright red tissue paper and a black organza ribbon and used a heart stolen cut from a gift bag I had been saving. 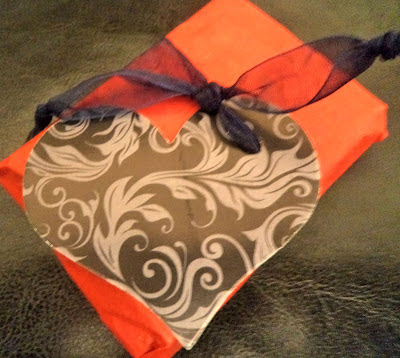 We celebrated our anniversary at 52 weeks and 1 day because the Princess was really sick on the actual anniversary date and stayed home with me rather than go to the Wasbands.
I cooked minted Lamb Shanks that were not very minted because for some reason my mint which should be growing like a weed is doing very poorly! I also did a potato and kumera mash that I added seeded mustard and cream to. So yummy.  The Cowboy brought over a delicious bottle of Syrah red wine of which I can't remember the name.
The table was set all nice with linen napkins, candles and flowers and I had just the side lamp on, tea lights glowing on the mantle piece and music playing.
We finished the evening off by sharing a bowl of my favorite orange chip ice cream that I threw marshmallows and pieces of dark chocolate on top of - in bed! (the warmest place in the cold castle lol).
It's now 52 weeks and 3 days since I met the Cowboy, I am so looking forward to the next 51 weeks and 4 days with him!
Rachael xo